This page contains info on the latest Arby’s menu prices, and they regularly get updated. Arby’s is a chain of fast-food restaurants, which operates over 3,500 places in 8 countries. It is centered around sandwiches as a main meal and is recognized as the largest American restaurant chain of sandwiches, after Subway.

But what if we compare Arby’s prices with the prices of other fast food restaurants? For instance, you can notice that the prices at Sonic (which appears to be Arby’s sister company) are noticeably higher than at Arby’s. However, the Arby’s menu prices tend to be somewhat higher than the Mcdonald’s prices, for instance.

But overall, one may surely say that that the prices at Arby’s appear to be average on the American fast-food market. Besides, there are quite a few ways to benefit from the Arby’s menu prices. First of all, we recommend you to buy sliders and drinks from the “Arby’s $1 Each” section on the menu – the name is quite self-explanatory.

Secondly, you can order something from the “Arby’s 2 for $5”, if you want to order a bigger meal. After all, you can order a delicious Meal option from the main menu, which would be much cheaper than if you ordered each meal separately. So, as you can see, there are many options for a cheap and quick bite at Arby’s.

What Arby’s Restaurants Are Known For

Indeed, the first and foremost thing Arby’s restaurants are known for is the Arby’s menu itself. And what comes to mind in the first place is the Arby’s famous Beef n’ Cheddar and Roast Beef Sandwiches – they are definitely among the customers’ favorites. Among other special things on the Arby’s menu, one may point out ham, chicken and turkey sandwiches, brisket, and Angus steaks.

Another thing about this company is that, just like many other fast-food companies, there is a secret menu available at Arby’s. And the jewel of that menu is the Meat Mountain Sandwich – something the customers of this company absolutely love it for.

In truth, Arby’s is a typical fast-food restaurant chain, so no reservations are required here. There are a convenient seating areas in the Arby’s restaurants, so you have an option of either having a meal inside the restaurant or get your food packed and go. All restaurants are generally clean and the stuff is welcoming. Some restaurants have a drive-through.

As you can see from this page, the Arby’s menu is quite simple yet delicious. The menu consists of sandwiches, wraps, burgers, briskets, flatbreads, and sliders. There is also a huge selection of sides, some of which include French fries, potato cakes, mozzarella sticks, and waffle fries. Additionally, the menu features a section for kids as well.

The service is usually quick and prompt. Also, this page shows that the Arby’s prices are pretty average on the American fast-food market. For just $4-$5, you can get a quick, delicious bite at the restaurant and you can enjoy a full meal for under $10. With the number of locations reaching almost 3,500, it’s normal to expect that you can often find Arby’s restaurants in the most convenient locations. All this makes it a perfect place for a cheap, quick, and delicious bite.

So, the company’s roots can be traced back to as early as 1964, when it was established by Forest and Leroy Raffel. At that time, they had been the owners of a restaurant equipment business, yet they saw an opportunity for a new type of fast-food restaurant, based on some other dish than hamburger. Initially, they wanted to name the restaurant “Big Tex” – however, the name was already taken. Instead, they used by “Arby’s” name – it stands for R.B., or Raffel Brothers.

The first Arby’s location was launched in Boardman, Ohio, and it initially served only roast beef sandwiches, one side in form of potato chips, and soft drinks. The interior of Arby’s restaurant, however, looked quite luxurious and expensive, in comparison to other fast-food restaurants. In this way, the brothers tried to allure richer clients. While other fast-food companies charged around $0.15 for a hamburger, their sandwiches costed at least 4 times more.

The concept proved to be successful very quickly, and the first licensed restaurant was opened just a year later. During the 70s, the company grew especially quickly, at a rate of 50 new establishments per year. It all resulted in numerous changes in the company’s ownership over the following decades.

Today, there are almost 3,500 Arby’s restaurants in several countries, including the U.S., Canada, South Korea, Turkey, Egypt, Kuwait, Qatar. More than 80,000 people work for Arby’s, and the company’s headquarters is located in Sandy Springs, Georgia. Today, the company is owned by Inspire Brands, which also operates Sonic Drive-In restaurants and a number of other famous restaurants in the U.S.

Even though there are so many Arby’s restaurants, they usually have the same opening hours. However, we recommend you to check the official website for that matter. Here, nevertheless, you can see typical Arby’s hours in the U.S.: 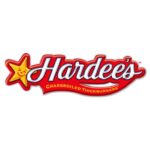 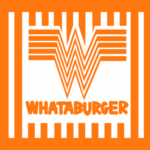 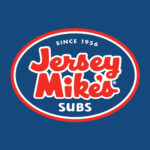 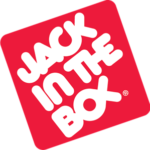