On this page, you can always view the latest Zoe’s Kitchen menu prices. Zoe’s Kitchen is an American chain of fast casual restaurants, centered around serving Mediterranean food. The company labels itself as “healthy fast-food,” and their prices aren’t excessively high.

Includes a Kid’s Side.

First, let’s see how Zoe’s Kitchen menu prices are different from the prices at Boston Market, a popular chain of fast casual restaurants. At Zoe’s Kitchen, for example, sandwiches cost from $6 to $8, while their price at Boston Market is $6.78. Soups and side meals also cost about the same.

At this point, let’s check out the difference between Zoe’s Kitchen prices and Olive Garden prices (indeed, Olive Garden must be more expensive since it is a casual restaurant, but let’s have a look). You can see there that both side meals and main dishes cost noticeably more at Olive Garden.

To sum it all up, one can say that Zoe’s Kitchen menu prices are average on the market. And while one cannot call them inexpensive, this dining company is more affordable than some of the alternatives we have analyzed.

What Zoe’s Kitchen Restaurants Are Known For

Indeed, Zoe’s Kitchen is famous as a fast casual restaurant that serves Mediterranean food. Customers love this dining company – which labels itself as “healthy fast-food” – for simple, high-quality food, made from scratch.

When one mentions the customers’ favorite items on the menu, Chicken Rollups are an absolute favorite. They are closely followed by Roasted Vegetables, Cauliflower Rice Bowl, Chicken Kabobs, and Salsa Verde.

Zoe’s Kitchen restaurants are tidy, well-designed, and feature comfortable seating areas. So, you can always crash in one of their restaurants and enjoy a delicious meal in a relaxing ambiance. The staff is always welcoming and friendly, which makes for a nice dining atmosphere.

In terms of dining, you can dine in one of their restaurants or order takeout. Unfortunately, there are no Zoe’s Kitchen locations that feature a drive-through. Some restaurants offer food delivery through third-party apps, but you should check whether delivery is available for your address. The majority of the company’s restaurants are located in convenient, high-volume locations.

This is a fast casual dining company, and you can clearly see that this restaurant is more expensive than many fast-food establishments, judging from the Zoe’s Kitchen menu with prices above. However, the prices aren’t too high for the food they offer. In fact, Zoe’s Kitchen is known as a “healthy fast-food,” whereas all meals are prepared here from high-quality ingredients and made from scratch.

The company’s entire concept is centered around Mediterranean food, and the variety of its menu is mind-boggling. Some of their main items on the menu include soups, salads and hummus, sandwiches, and kabobs. Besides, there is a kids’ menu available to children under 12.

All in all, Zoe’s Kitchen is a nice, welcoming restaurant, where you can taste your favorite Mediterranean food. The food here is healthy but the prices aren’t low, though it’s unlikely that you’ll break the bank at Zoe’s Kitchen.

So, Zoe and Marcus Cassimus opened the first Zoe’s Kitchen restaurant in Homewood, Alabama back in 1995. The restaurant served Mediterranean food, which quickly became a hit in the local fast-food market. In a result, the concept of this dining company proved to be quite successful, which allowed it to grow gradually. Thus, Zoe’s Kitchen opened a new restaurant in Hoover in 1999, followed by the opening of another location in Birmingham in 2001.

Eventually, the company expanded to 16 locations by 2006 – 8 of these restaurants operated in Alabama. In 2007, however, the company was sold to Brentwood Associates, an American private equity firm. After that, this dining company began rapid expansion by launching franchised locations.

At the present time, there are over 90 Zoe’s Kitchen restaurants in the country, though it operated over 200 locations at its peak. The company’s headquarters is located in Plano, Texas.

Even though the number of Zoe’s Kitchen restaurants isn’t that huge, their opening hours vary from one location to another. And that’s why we advise you to check the hours of the nearest restaurant near you.

Here, though, you can view the typical Zoe’s Kitchen hours: 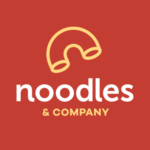 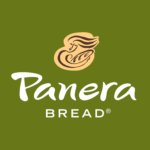 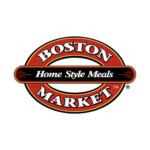 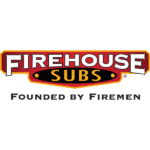